Even though China doesn’t have an EV brand as famous as American Tesla, Chinese EV manufacturers desire to play a much bigger role in the near future. Consumers now show more interest in EVs instead of gasoline-powered vehicles in China. The growing sector with the state’s support and the rising interest of Chinese consumers matters globally, too.

Chinese car brands account for 15% of sales in the entire automobile market globally. As for the electric vehicles, they hold more than 50% of the global EV sales. Generous R&D investments and futuristic plans of Chinese EV makers point to the growing role of China in the industry. To get to know Chinese EVs better, we have compiled a list of 39 Chinese electric car brands for you. 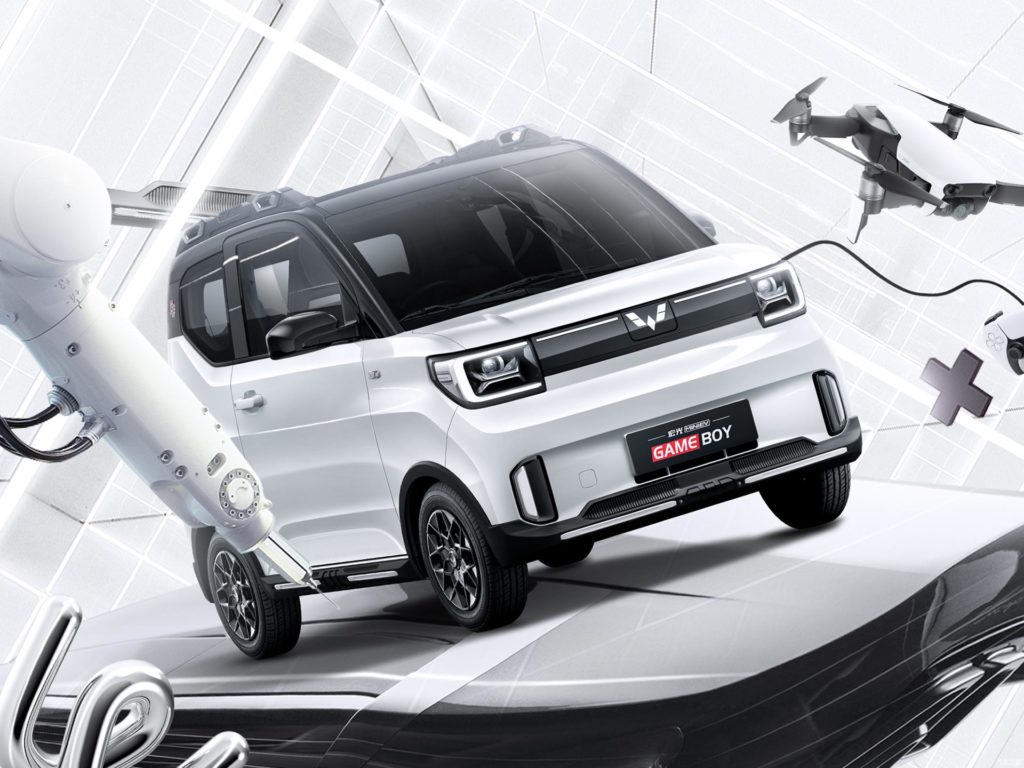 Making its weight felt in the sector, especially with Hongguang MINI EV which is a blockbuster thanks to its affordable price, SAIC is currently the largest EV manufacturer in China. In 2021, it became the third largest plug-in electric vehicle (BEV and PHEV) company in the world with a market share of 10.5%. The company, which sells electric vehicles under its brands such as Wuling, Baojun, Maxus, MG, Roewe, and Rising Auto, is also the world’s third largest BEV manufacturer with a 13% global market share. The history of the company dates back to the era of Mao Zedong, the founder of the People’s Republic of China. 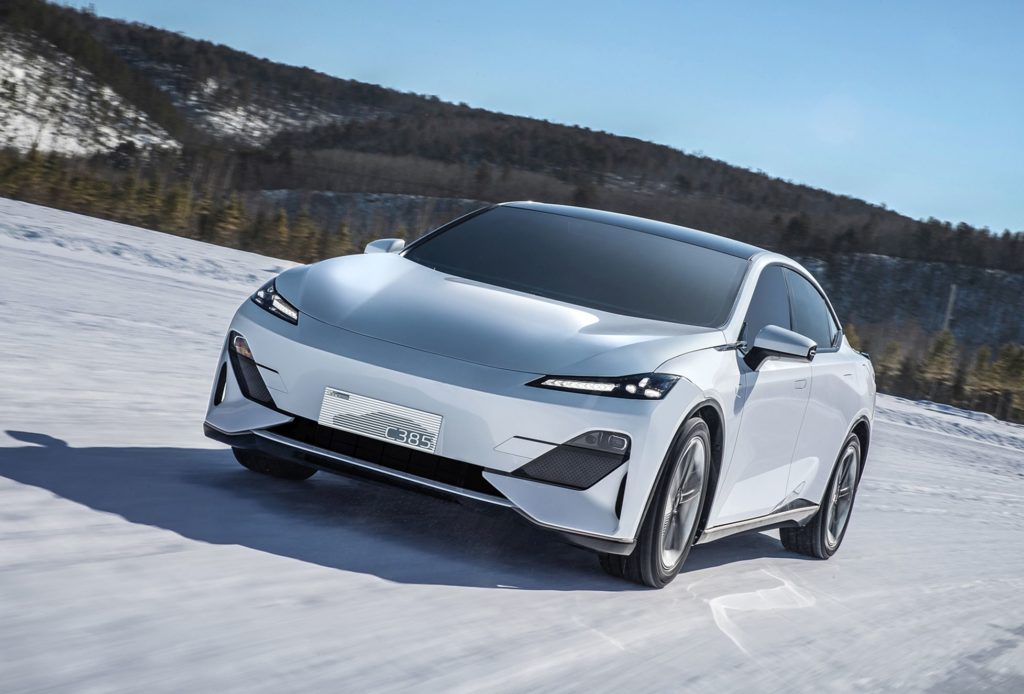 The founding of Changan, which is fully owned by the Chinese state, dates back to the military equipment factory established in Shanghai in 1862. Headquartered in Chongqing, the company’s core business is the production of passenger cars, microvans, commercial vans, and light trucks. The company manufactures and sells vehicles under its brands such as Changan, Oshan, and Kaicene, as well as joint ventures such as Changan-Ford and Changan-Mazda.

As one of the “Big Four” —all state-owned four largest automotive companies in China—, Changan sold 2.3 million vehicles in 2021. In 2017 the company announced that it will produce only EVs by 2025 and will end the production of gasoline and diesel vehicles until then. Under its plan to launch 21 electric models in the 2021-2025 period, Changan continues its work with Huawei and one of the largest battery companies in the world, CATL.

Avatr 11 (In partnership with Huawei and CATL) 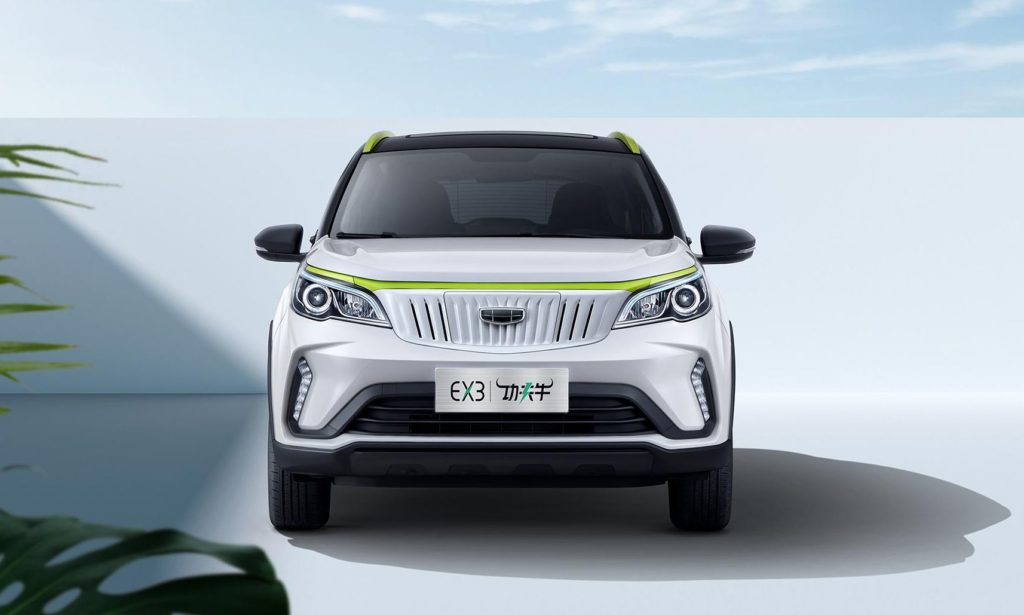 Founded by Li Shufu in 1986, Zhejiang Geely Holding Group established Geely Auto in 1997 to enter the automotive industry. Headquartered in Hangzhou city of Zhejiang province, the group continues its activities with the brands Geely, Lynk & Co (50% partnership), Geometry and Proton. Geely has grown its activities in the automotive field and has also invested in EVs with Volvo, Zeekr, Smart, LEVC, and Lotus brands.

Brands affiliated with Geely broke the company’s record by selling over 2.2 million vehicles worldwide in 2021. Thus, Geely became the top-selling Chinese automobile manufacturer of the year across the globe for the fifth time in a row. The company has more than 40 production and assembly facilities, eight R&D centers, and eight design centers in North America, Europe, China, and South East Asia.

There are many EV models of the brands operating within Geely and the sales of EVs increased by more than 70% in 2021 compared to the previous year. Sales exceeding 300,000 accounted for 15% of the Chinese brand’s global sales.

Latest EVs from the Geely Group: 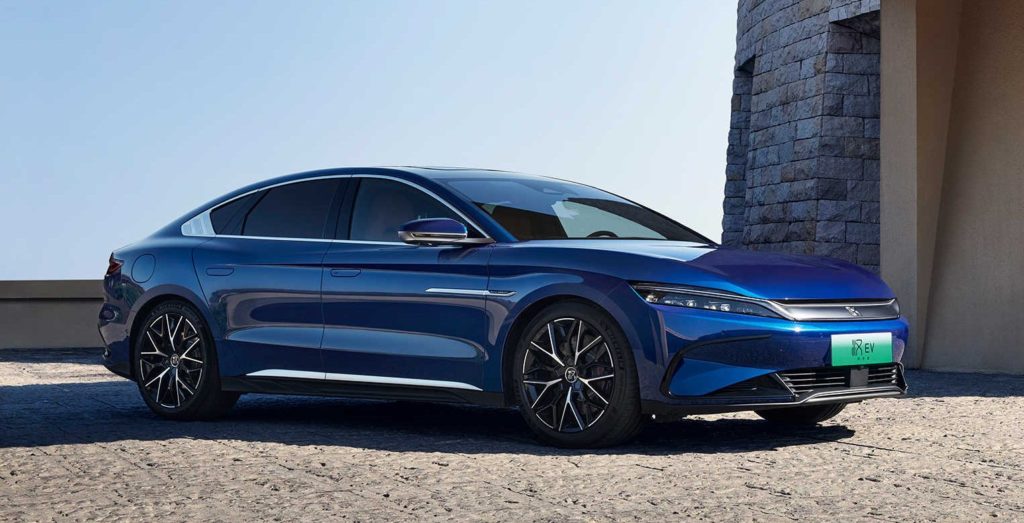 BYD, the electronics company founded by Chinese entrepreneur Wang Chuanfu in 1995, entered the automotive industry by acquiring the Qinchuan Automobile Company in 2003. Headquartered in Xi’an, the company manufactures passenger cars, buses, trucks, electric bicycles, forklifts, and rechargeable batteries. It is known especially for the electric vehicles it produces in different sizes.

BYD is the company that sells the most electric vehicles in China. Although most of its sales are realized in China, it also operates in Europe and America. One of the company’s shareholders is Berkshire Hathaway Holding, of which Warren Buffett is the CEO.

Compared to the previous year, BYD increased its plug-in EV sales by 232% and broke its record by selling 593,745 rechargeable electric vehicles in 2021. In April 2022, the company announced that it will no longer produce gasoline-powered vehicles and will shift its focus to innovative high-tech batteries, electric cars, and electric trucks. 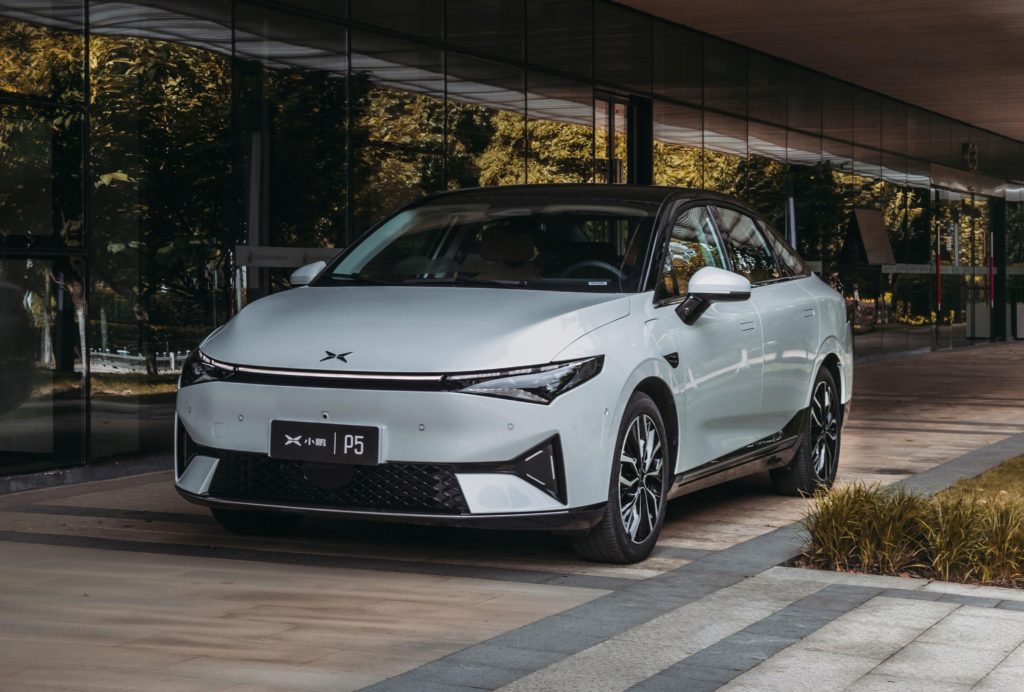 Established in 2014 by 4 entrepreneurs, including former Alibaba executive He Xiaopeng and Xiaomi founder Lei Jun, XPENG is one of China’s new generation EV manufacturers. One of the shareholders of the company is Alibaba Group.

Headquartered in Guangzhou, the company also operates in the USA, Germany, the Netherlands, and Norway. XPENG is famous for its production of EVs similar to some Tesla models and is known as “Chinese Tesla”. The company, which went public in 2020, also draws attention with its semi-autonomous driving system called XPILOT. In 2021, XPENG introduced the prototype of the flying electric vehicle, which it plans to launch in 2024.

XPENG sold 98,155 electric vehicles all over the world in 2021 and increased its sales by 263% compared to the previous year. 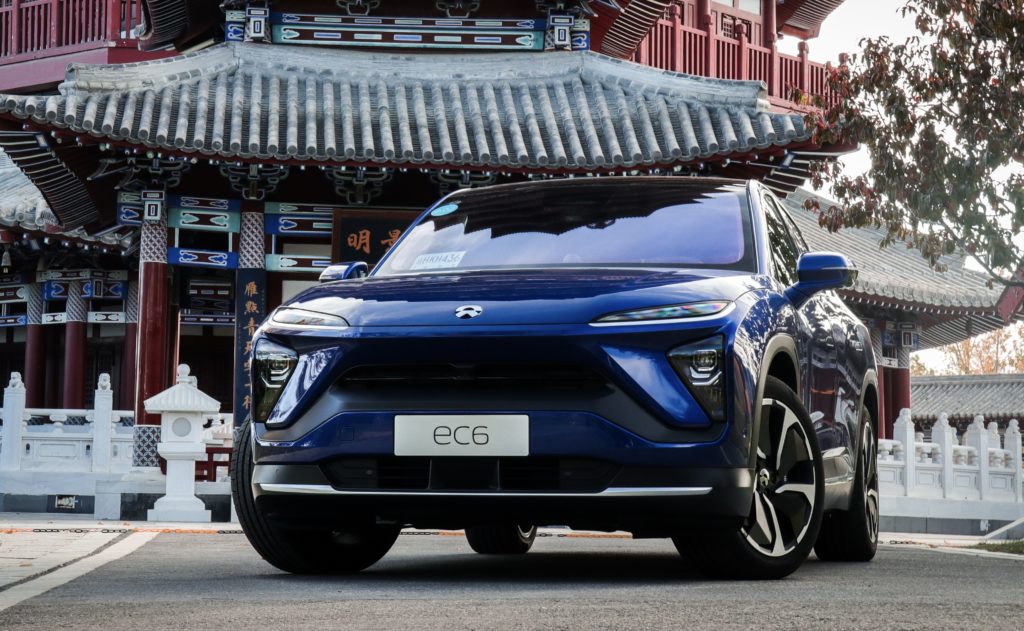 NIO is founded in Shanghai in 2014 by Lihong Qin and William Li, who is taken as “China’s Elon Musk”. The company defines itself as a pioneer and leader in the premium smart EV market. Apart from China, it operates in the USA, Germany, England, and Norway.

NIO focuses on autonomous driving, digital technologies, electric powertrains, and new generation battery technologies. In 2021, the company increased its sales by 109% compared to the previous year by selling 91,429 electric vehicles all over the world.

NIO draws attention, especially with its fully automatic “Battery Exchange Stations”. These stations replace the discharged battery with a full battery and propose the charging problem of EVs. While the company has more than 800 battery exchange stations in China, the first station in Europe was opened in Norway in January 2022. 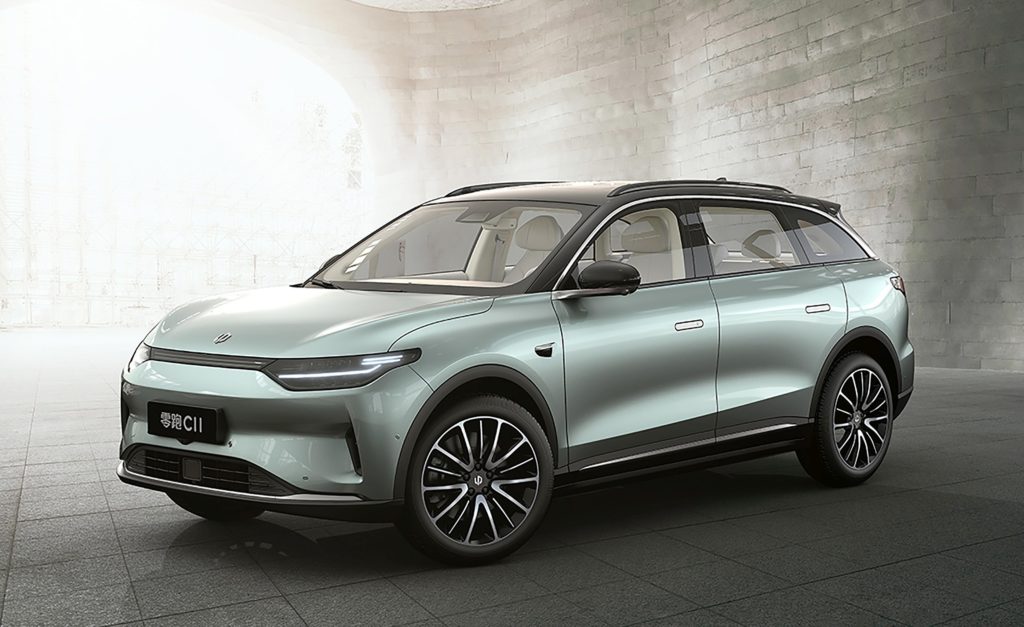 Leapmotor is founded by Zhu Jiangming and Fu Liquan in 2015. Fu Liquan is also the founder of Dahua, one of the largest security camera manufacturers in the world. In its first four years, the company carried out intensive R&D activities to develop its own electric/smart vehicle technologies. By 2020, it introduced the first artificial intelligence chip of a Chinese car brand that is developed for use in autonomous driving. Currently, Leapmotor is among the pioneers of the smart automobile industry with more than 1200 patent applications.

Leapmotor manufactures at the ‘Jinhua AI” factory in China’s Zhejiang province. By selling more than 30.000 EVs in the first four months of 2022, the company became one of the major players in the Chinese market in a short period. The company, which has grown rapidly thanks to the development of its own technology, will soon launch the first vehicle with a Tesla-style CTC (Cell-to-Chassis) battery. This technology will enable Leapmotor to produce vehicles that are lighter and have a wider interior than their competitors, and the energy density of the battery will increase significantly. 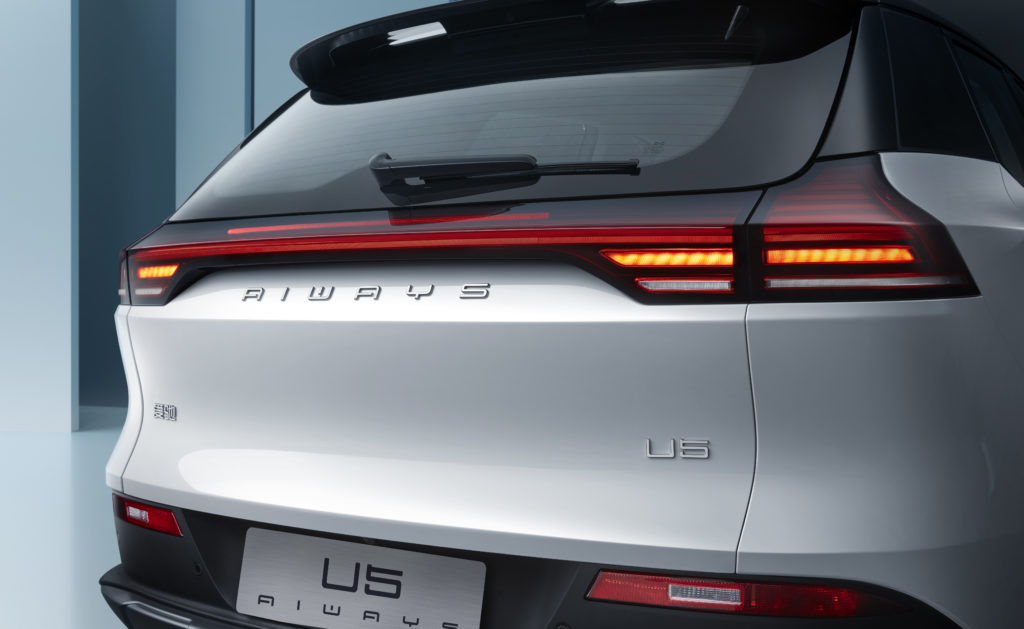 Ex-sales manager of Volvo China Fu Qiang and Gary Gu founded Aiways in 2017. Headquartered in Shanghai, Aiways only manufactures EVs. Defining its vision as enabling progressive development in the automotive industry, Aiways’ innovative and digitized facility in Shangrao has the capacity to produce 300.000 electric vehicles annually. In addition, the company has R&D and sales centers in Germany and Denmark, an R&D and design office in Shanghai, and a battery factory in Changshu. It manages its European operations from Munich.

Vice President of Overseas Operations Alexander Klose stated in January 2022 that the company is seriously considering the idea of ​​manufacturing in Europe. 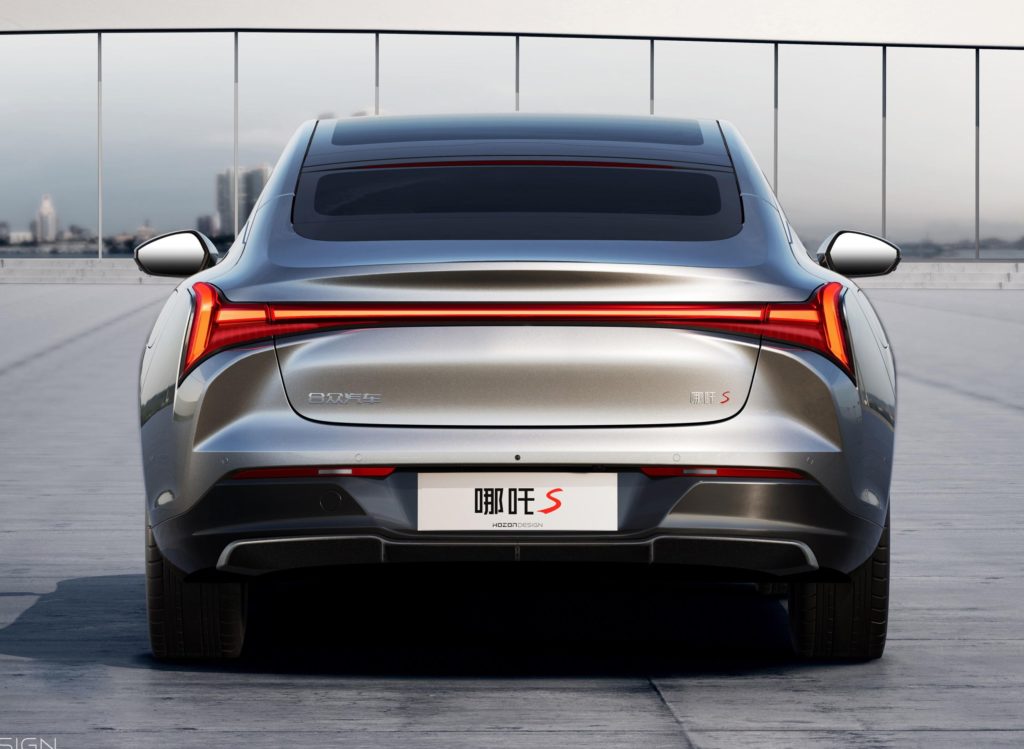 Established in Tongxiang city of Zhejiang province in 2014, Zhejiang Hozon New Energy Automotive Co. LTD. is a smart EV manufacturer. The company has R&D centers in Silicon Valley, Beijing, and Jiaxing. In addition to the Tongxiang smart factory with an annual production capacity of 50.000 vehicles, Hozon also has a facility under construction in Yichun. The company has more than 700 patent applications filed to date.

In 2018, Hozon Auto obtained a production license from the Ministry of Industry and Information Technologies of China. In the same year, it officially introduced the electric vehicle brand NETA and started production with the NETA N01 model.

Last year, NETA sold 69,174 electric vehicles in China. It increased its sales by 360% compared to the previous year. The company follows a more reasonable pricing policy compared to its competitors NIO, Li Auto, Tesla, and BYD. The aim is to make a profit by increasing the number of sales. CEO and the founder Fang Yunzhou stated that his company aims to sell 150.000 vehicles in 2022. 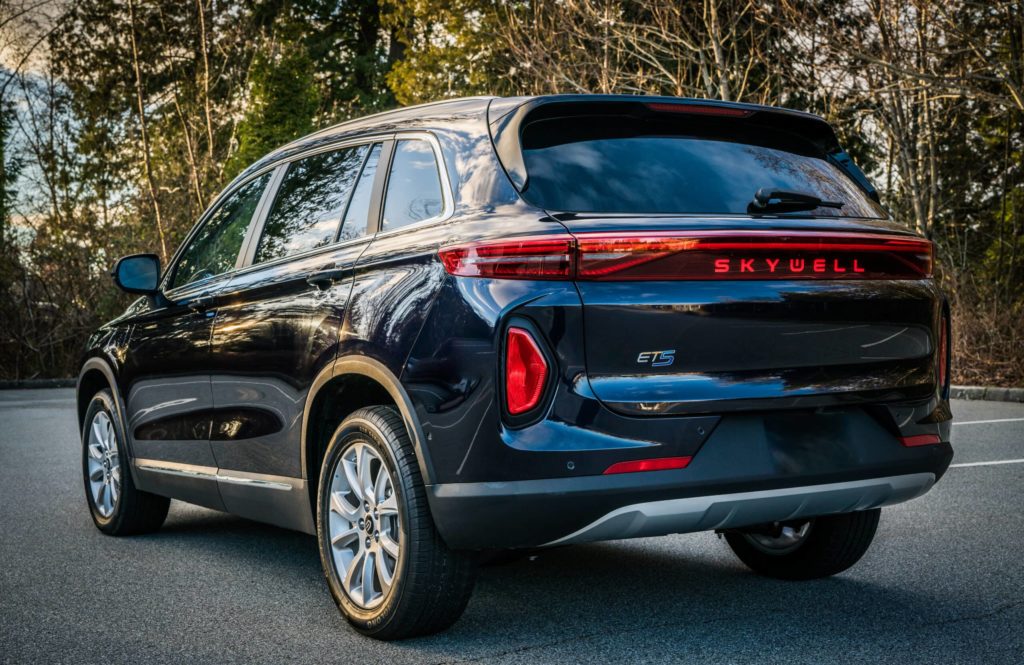 Established in 2011 and headquartered in Nanjing, Skywell Group was selected as a unicorn venture in Jiangsu province in 2018. Next year, the group’s electric commercial vehicle production and sales ranked first in Jiangsu province and second in China.

Launching the Skywell (Skyworth in China) brand within the group to produce cars in 2019, the company introduced its first model ET5 in 2020. 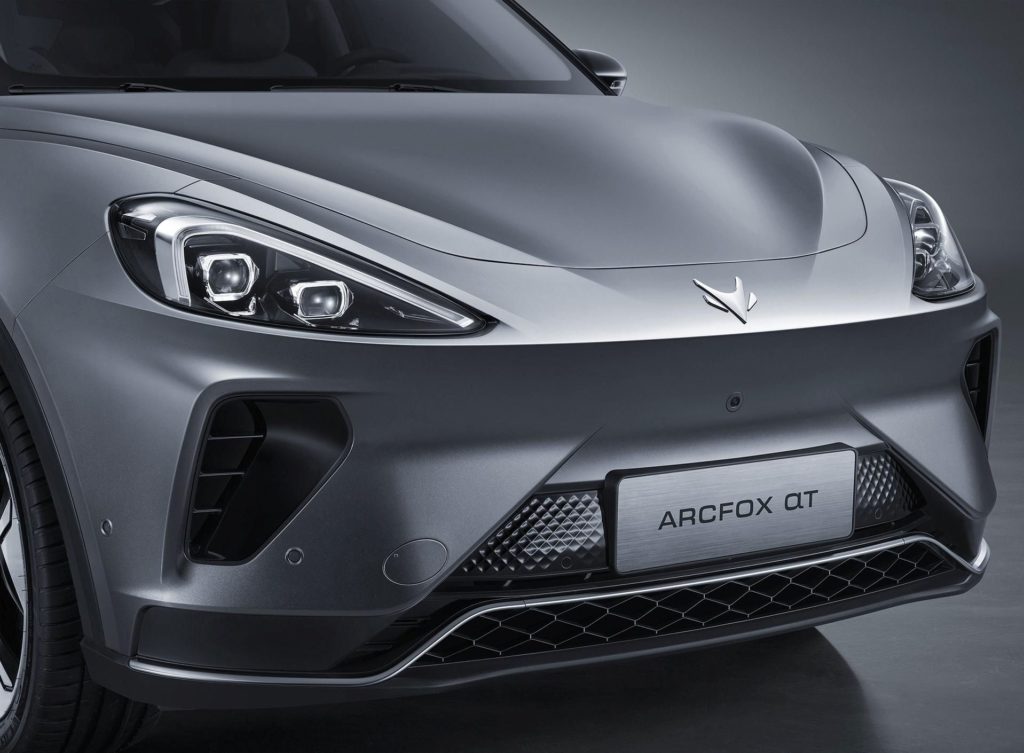 ARCFOX is a brand that produces electric passenger vehicles and electric crossovers. It is founded in Beijing. In 2017, the Chinese state-owned BAIC Group established ARCFOX to create a new brand focused on the development of fully electric cars. Especially the cooperation with Huawei in the Alpha T model and the establishment of Huawei’s smart network and smart electricity technology in mass production have been important market factors for the company at the global level.

The global premiere of the ARCFOX brand was held at the Geneva Motor Show in March 2019, and the brand’s objectives to develop its operations in the European continent were revealed. ARCFOX sold 6,000 vehicles last year and has set its sales target for 2022 as 40.000.