Tesla will upgrade its 72-kWh battery inside the Model Y with CATL‘s latest technology, according to the Chinese news outlet Late Post. CATL calls its new battery “M3P”, which holds 15% more energy than its current LFP batteries. Thanks to a more energy-dense battery pack, Tesla’s new model will weigh less and offer more mileage.

Late Post reported that the new battery will be used inside the 2023 Tesla Model Ys built in the Giga Shanghai factory later this year. Tesla would start producing new electric SUVs with CATL’s brand-new battery as soon as Q4 2022, the report said. Refreshed Model Y is going to be delivered to Chinese customers in early 2023.

CATL has been developing an improved version of the highly popular LFP battery cells for quite a while. M3P will solve LFP’s low energy density stats compared to NMC cells. It is reported that the Chinese battery maker would produce M3P cells offering 210 Wh/kg gravimetric energy density. As a result, EV manufacturers could build much lighter vehicles or make those vehicles travel farther while storing more energy inside a battery pack that weighs the same.

CATL’s secret ‘M3P Battery’ will be the key to cheaper, longer range EVs 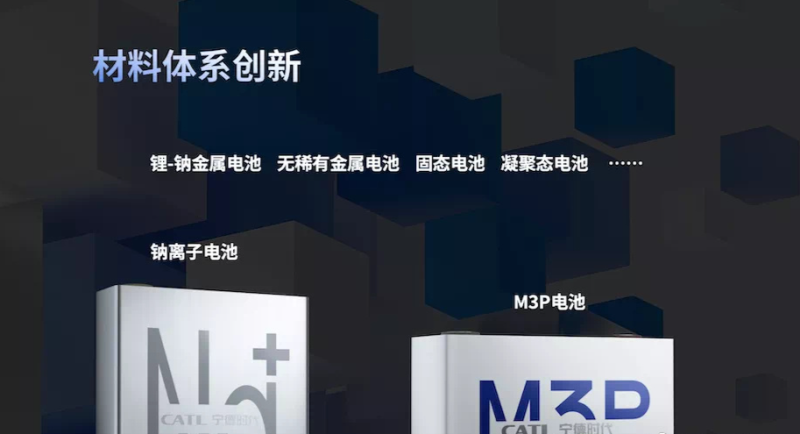 CATL has yet to reveal M3P’s cathode chemistry. But it hinted multiple times that the new way forward would be LMFP (Lithium-manganese-iron-phosphate). Conventional LFP batteries cost less than NMC, provide a longer life cycle, and decrease the possibility of catching fire when thermal runaway occurs. The only downside is the lower energy density. BYD’s one of the first LFP battery solutions and only offer 90 Wh/kg, less than half of what NMC cells store.

To further improve LFP’s energy density, a significant number of companies rely on new cathode chemistry with manganese-additive. CATL will be the first manufacturer to bring ‘LMFP’ cells into the market with the launch of M3P batteries. NIO has been developing a similar chemistry for its future EVs. Chinese sources said the company would not only add manganese but also add a third metal into the cathode of its M3P cells. The third metal used in the ground-breaking cathode is yet to be disclosed. Magnesium and aluminum are two highly likely options here.

CATL’s main goal is to help its customers build cheaper and longer-range EVs. M3P cell, with its promising cathode could be the key to achieving its goal. M3P will improve the LFP battery’s energy density and keep the manufacturing costs down. The Chinese firm will also not have to spend too much money to change its production lines for the new battery cells, as the LMFP production process is not so different than the conventional LFP products.